I’ve not written anything for a while. I started writing a post, then had to do something and didn’t finish the post… then it was easy to get into the habit of not posting. So anyways, here’s a bit of a recap of what’s been going on in a not particularly chronological order.

There hasn’t been much progress on the roof garden. The idea changed again to now try and focus on using recycled plastic sheeting because we agreed using recycled materials is more in line with our core goals for the project –  creating scalable, low cost solutions that benefit people and the environment – and sourcing these materials is proving quite difficult. Hopefully there will be some more news on this soon.

Meanwhile, at the school where I work I’ve made some progress on an idea to set up an educational garden there. I’ve agreed with the school where I can put the garden, discussed plans with other people interested in the project, measured the area and drawn up a preliminary plan.

This is the area: 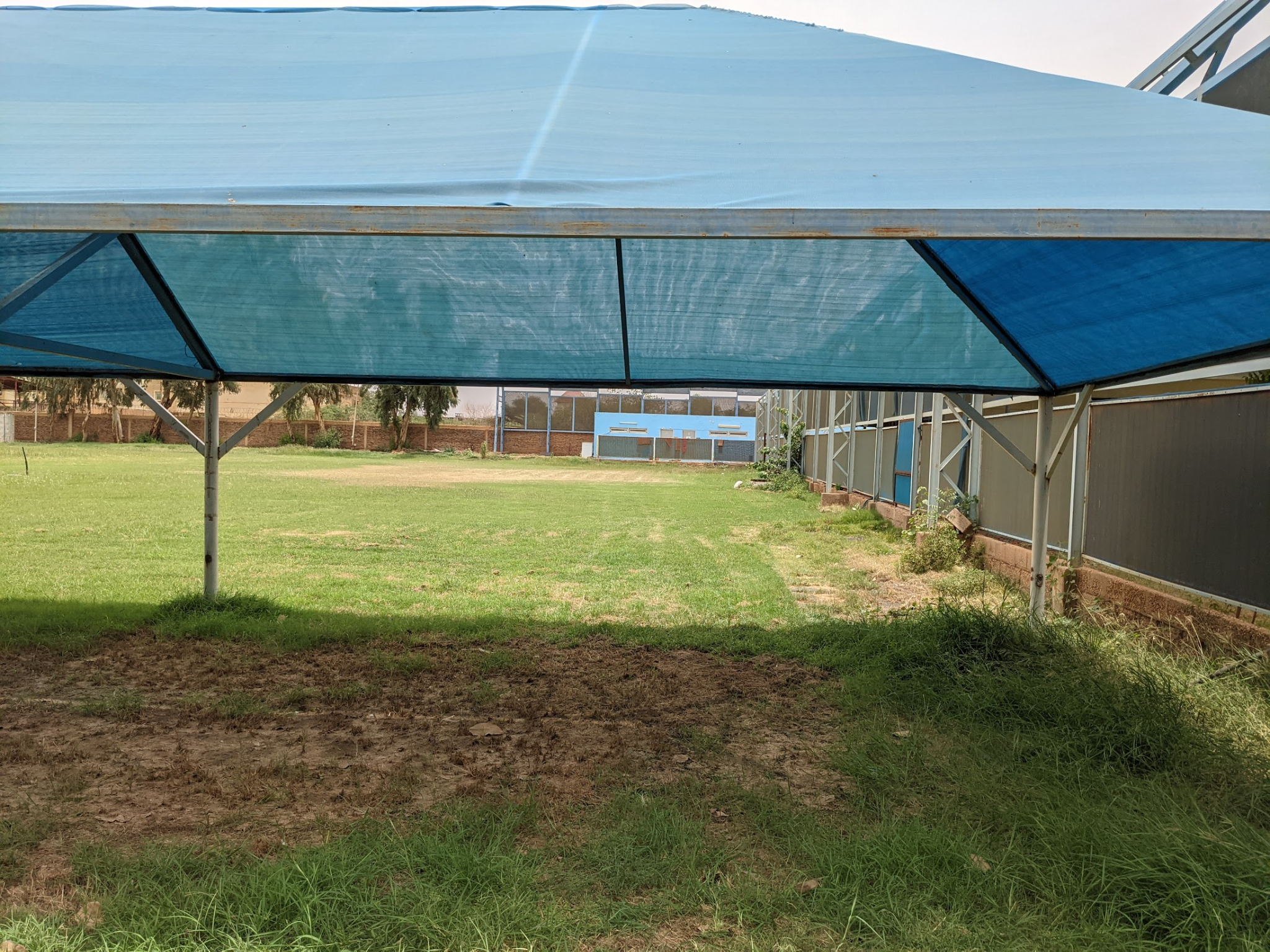 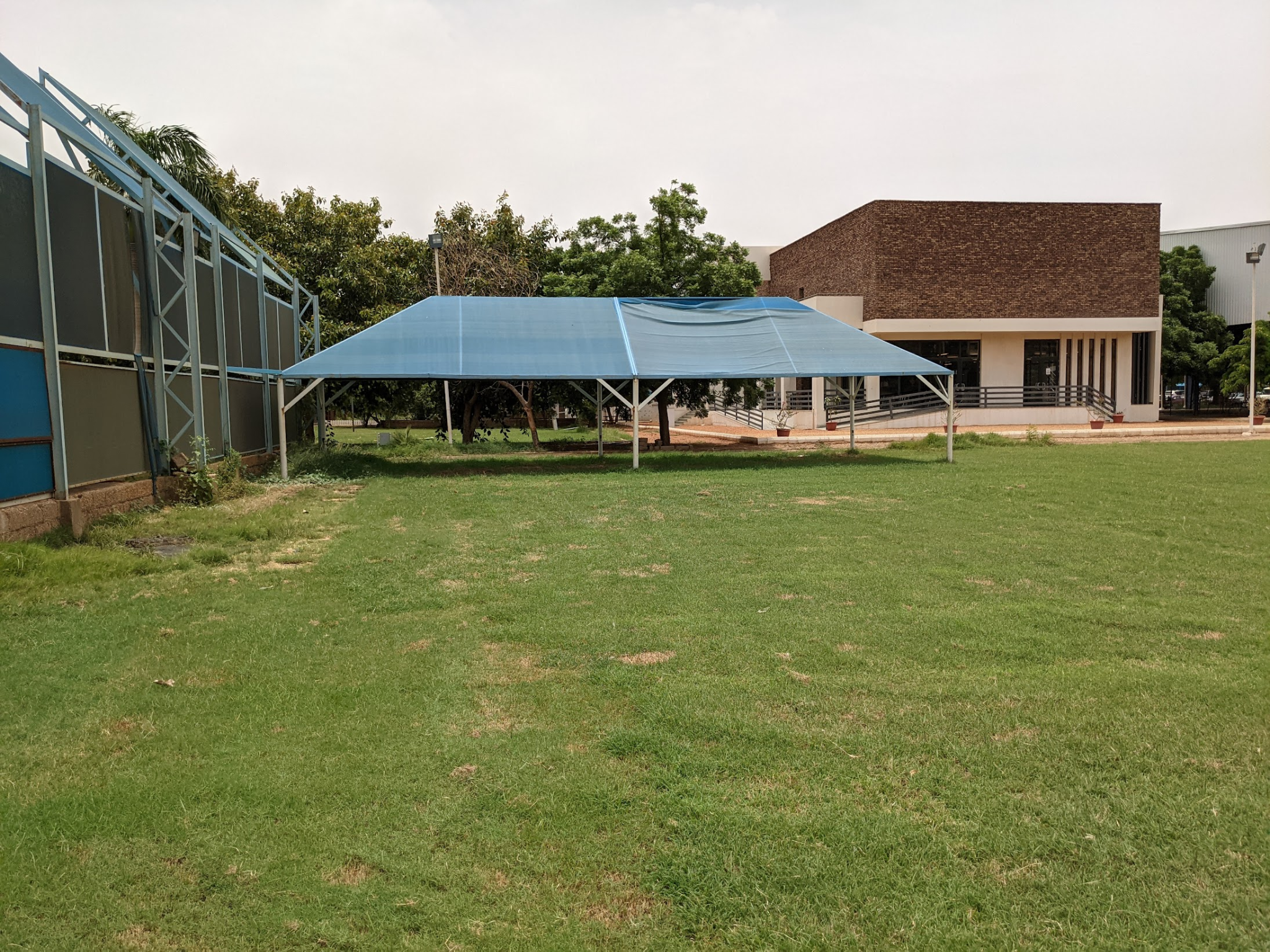 And this is the plan: 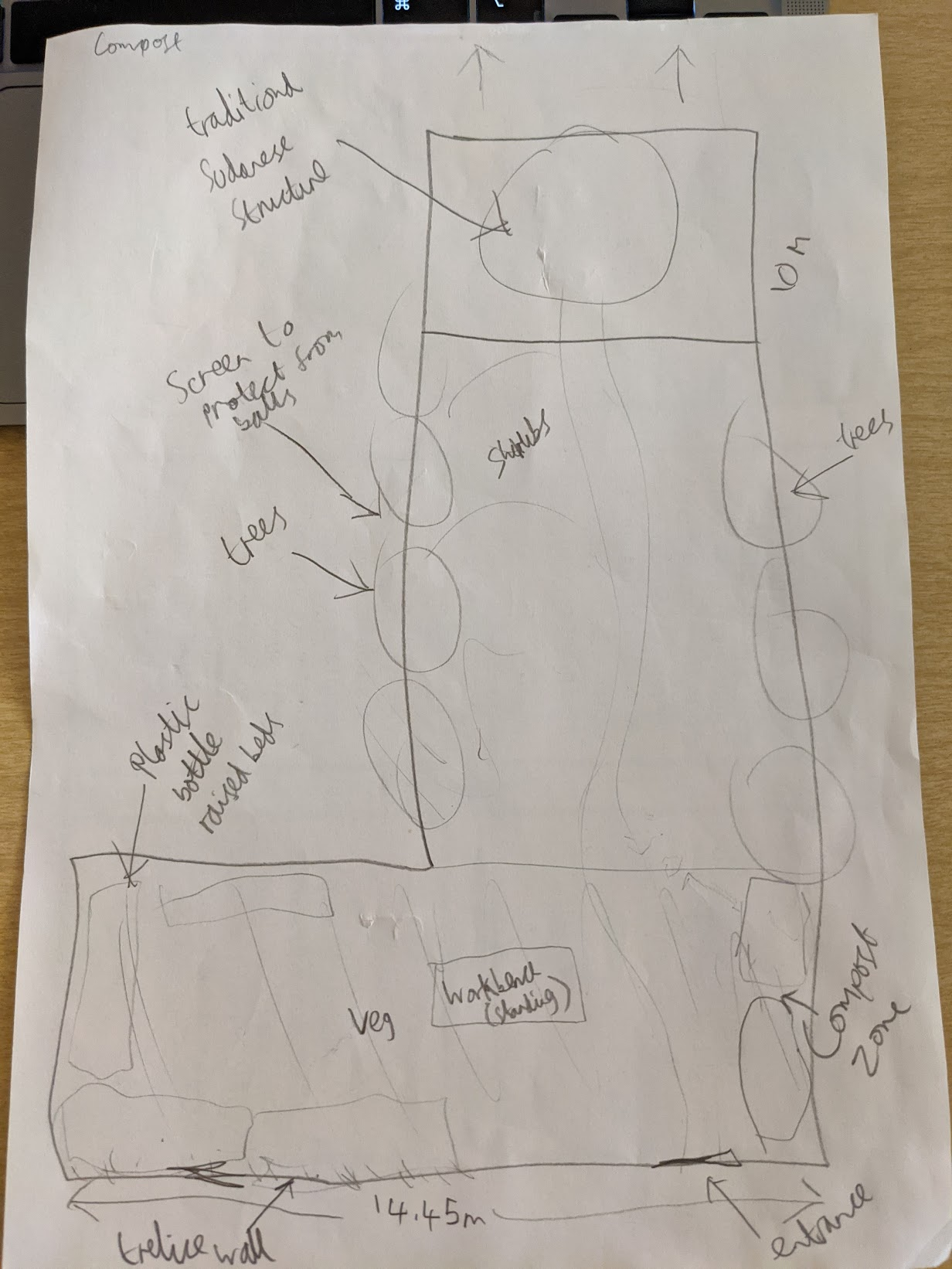 I know it’s quite hard to read / understand the plan and it’s also not drawn to scale so maybe soon I’ll draw up a digital version. The main ideas are: 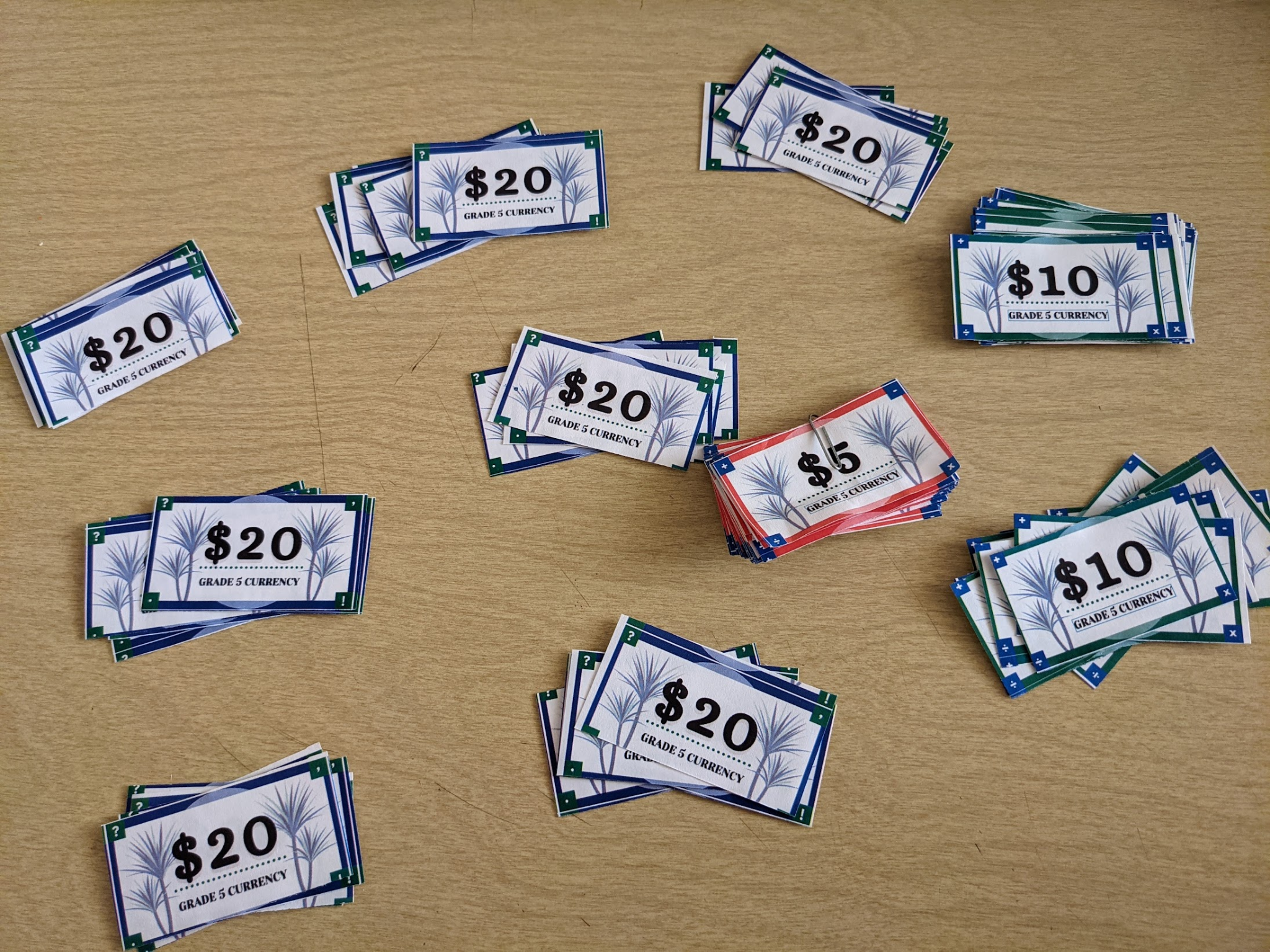 This is my 3rd year of working on the idea of a classroom economy and trying it out in different ways. Most of the ways I’ve seen it explained online or applied before is kind of as a behaviour system – do the right thing and get rewards, do the wrong thing and get fines. However, the way that I’m finding it really interesting to think about it is as a way to get students to collaborate, find their skills, develop their creativity and get support.

The way in which this is working is by adding in a skills trading element where I sometimes let the students help each other with assignments, catching up on work etc and they do this by paying each other directly or offering their services to each other for a price. This is done alongside discussions that we’re having about how to be ethical in business and develop a good reputation etc etc. The results so far have been fantastic to see.

Next week I’m planning to introduce some extra incentives for earning class currency in the form of bonus experiences that I can auction to the class. For example some time using a looping station that I am going to bring from home:

I’ve also been creating assessment matrices for different assignments and offering bonus payments for students who score the highest in their group projects based on these matrices. It’s a way to combine learning with a fun challenge and get familiar with using assessment criteria. For example they’ve currently been working in groups to create videos explaining what variables are and an experiment they’re doing with watering different seeds with different types of water: sugar water, compost water, normal water etc.

Much like a real economy I’m trying to maintain a value to the class currency but I also don’t want to destabilize the classroom economy to the point where students don’t want to trade their skills with each other and are instead all focused on hoarding their money or holding out for particular rewards they can earn. It will be interesting to see how things develop. Especially as the school garden starts to get started and I experiment with how to combine these two things: classroom economy and school garden.

That reminds me, I’ve been revisiting some of my main ideas for the school garden and these are:

I’m aware that this post is going into quite a lot of detail and jumping around a few topics (more to come). That’s partly because I haven’t written anything for a while so the things I want to say have accumulated and partly because I don’t have a clearly defined purpose yet for what this blog is actually for. Perhaps this is something I need to work on in the future.

In my first post I mentioned watching a video that inspired me to start this blogging experiment but couldn’t remember the name. Well I’ve found it now and rewatched it to refresh my memory:

I liked his point about how writing can help clarify your thoughts. I also like where he mentioned increasing chances for serendipity by putting your thoughts out into the world. I’ve already experienced that serendipity to some extent in the past… for example I became friends with a guy called Jonathan in Mauritius who found me via my youtube channel and he then also started his own channel:

I’m keen to continue connecting with people around the world and one of my next goals that I think I have mentioned already is to start a podcast speaking with people about a variety of topics relating to how we can improve the world.

I want to call the podcast: Floating Ideas…

I also had a strapline I really liked but I can’t remember it! I think it was saved on my old laptop which stopped working. So my homework for this is to try and remember the strapline (or come up with a new one which is hopefully even more memorable) and also find out what software / recording set-up I need to use for conducting interviews over the internet.

The goal is to explore problems that the world is facing as well as potential solutions. Touching on topics such as: ethical investing, alternative ways of living, the challenges of journalism, cooperatives, permaculture etc etc. I’m going to probably start off by doing an interview with my friend Jonathan and then start reaching out to people who I think would be good to talk to about particular topics.

On the point of “What’s the point?” another reason I think that writing a blog is good is because it’s a way of holding myself accountable. Writing out the things I want to do makes me feel like I want to do them even more. Especially if I stick to a daily posting schedule. The reason for this is that I don’t want to be writing posts where I keep saying stuff like… I was meant to do X but then I didn’t. A friend looked at blog posts so far and mentioned that I keep going on about CrossFit… or more specifically wanting to go and then failing to do so. This is true and I kept on reporting on my failings to get to crossfit because it was really helping to focus my mind on actually getting there. I’m happy to say that last week I reached my goal of going 3 times in a week and I’m also finding it much easier to motivate myself to go and get through the sessions. The one issue I can forese, though, is that the Thursday night sessions do eat into my socialising time so I may slip up on those occasionally. Next week I’m aiming to go 3 times again but also start going to a football group on Mondays.

There’s a lot more I could write at this point about what’s going on in my life but I am being fairly selective and not going into my personal life that much. For example, one thing I will mention just briefly, in part so I can remember myself in the future and partly in support of this idea of serendipity, is that I’ve been exploring the ideas of faith / belief quite a lot. Perhaps in part due to the fact I’m currently in a predominantly muslim country. As part of this I’ve been listening to a few lectures by this guy and I found him because he talks about permaculture:

It’s interesting exploring faith from my current perspective as someone who is agnostic. It’s good to understand other people’s beliefs more and also explore my own. As mentioned, I won’t go into much detail on this and other things in my life currently but who knows, maybe in the future.

There has been some pretty cool weather in Sudan. After my last post there’s been a fair few thunder and lightning storms. There was one in particular where the sky was flashing with lightning almost constantly like I’ve never really seen before. Unfortunately though, I have heard reports of some areas getting flooded and people’s homes being ruined. In general, the infrastructure in Sudan struggles when it rains a lot. On Thursday night the rain was so intense that I got stuck at my friends house because no taxis would drive on the road to pick me up and I ended up just sleeping in an armchair.

Here’s a photo from beside my house after one of the nights of rain. Other streets are much more flooded though: 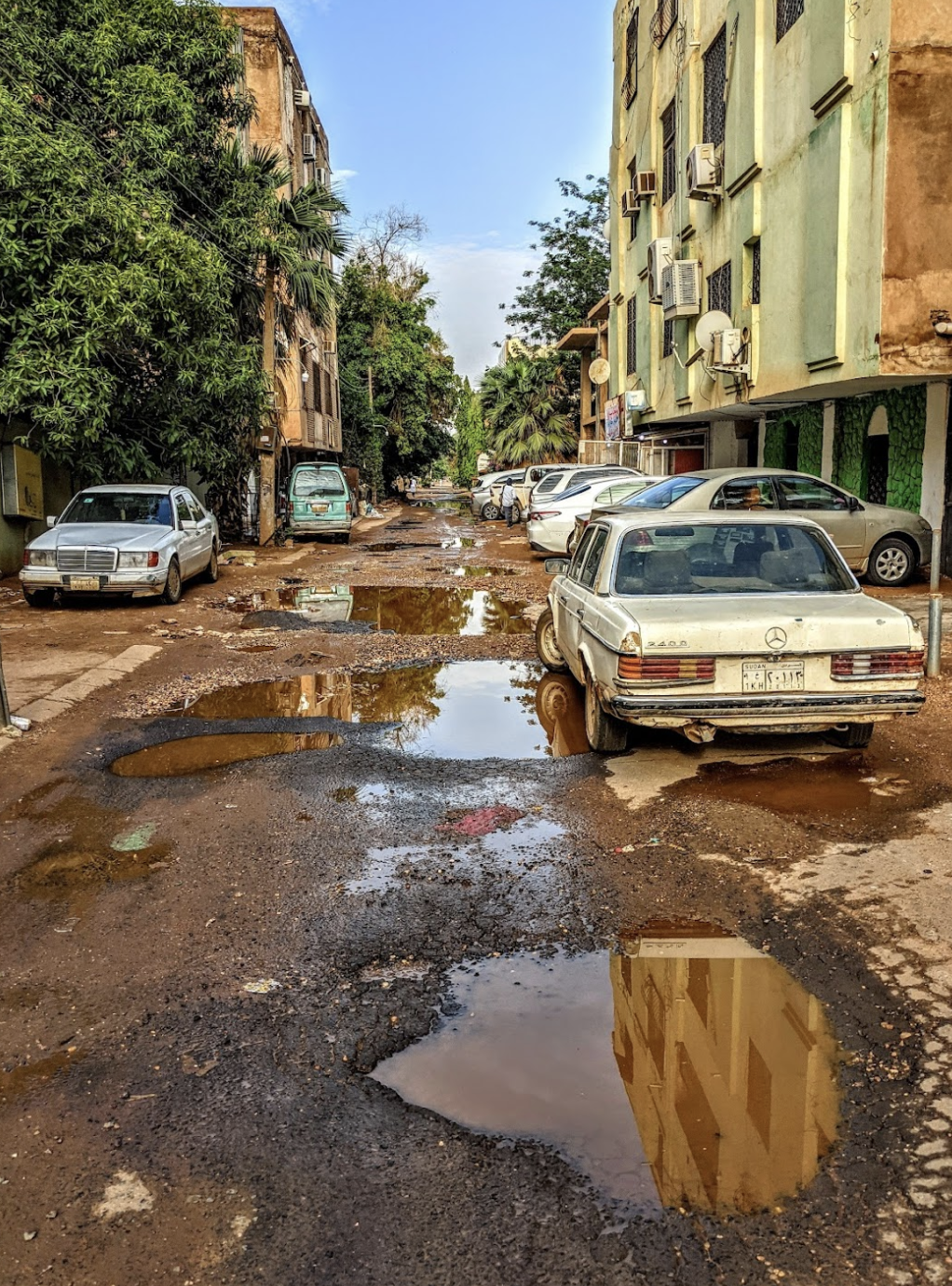 Speaking of roads (not the best segway) I’ve started doing driving lessons. This is something I never stuck with in the UK as I didn’t need a car and the cost of lessons was off-putting. I’m now getting lessons for way cheaper than I would in the UK and so far progress has been good. In the first lesson I was out driving on the road and I can probably pass my test pretty soon. My skills in dodging potholes are also developing much more than if I was driving in the UK. This is the driving place where I signed up for lessons: 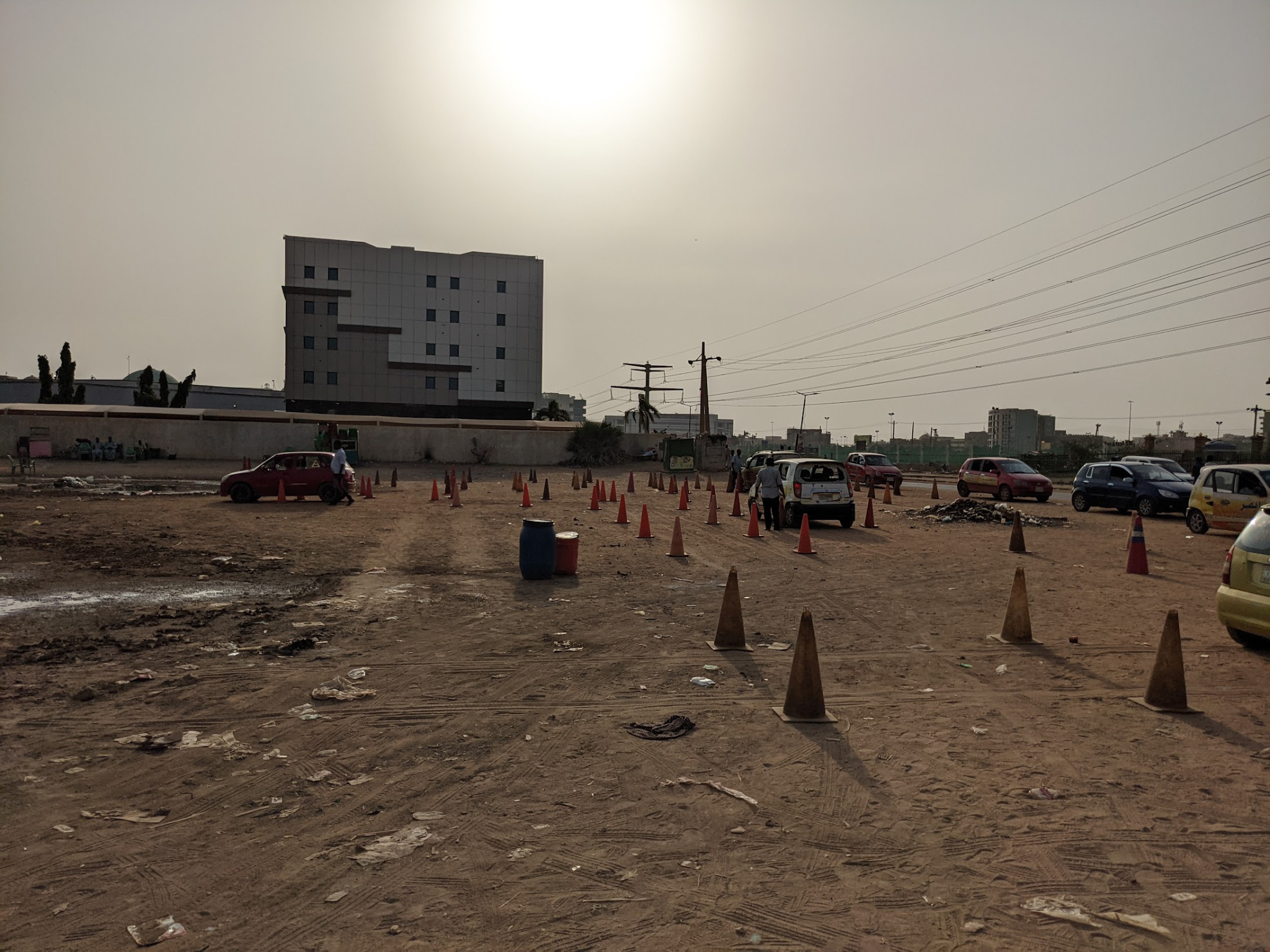 I had been meaning to get lessons for a while and tried contacting a few people but had kind of given up on finding someone who spoke English and was free at the times I wanted. I ended up meeting the guy who is now teaching me by chance when I was on my way to get some food at this place:

This restaurant is currently my favourite place to eat because 1) it looks like a forest 2) they have some really nice vegan options (which I actually remembered to take a pic of half way through my meal): 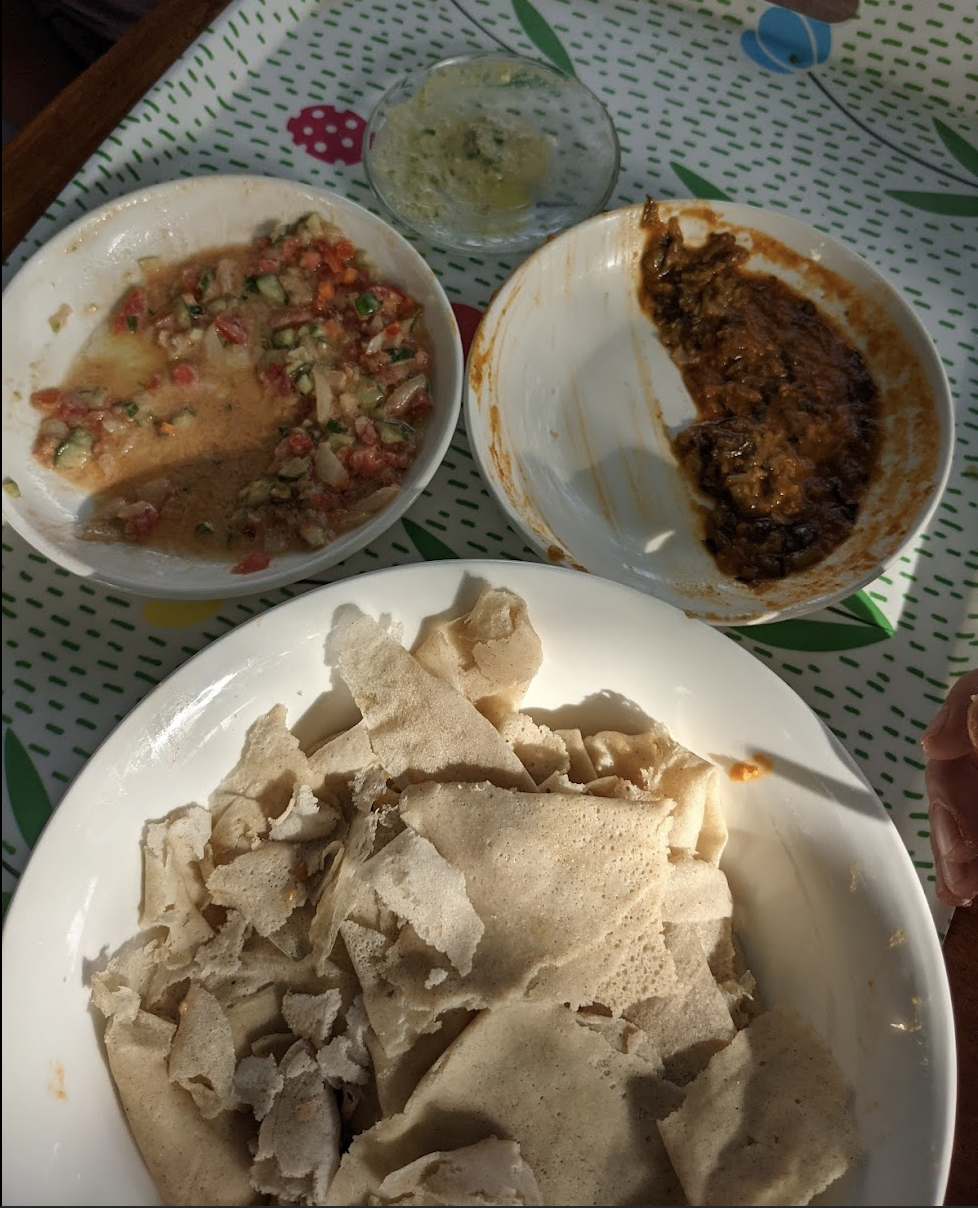 I realise I haven’t mentioned the boat idea again. That’s because nothing happened with that – maybe something will but I think it’s slipping down the priority list at the moment. Also, the Platform Cooperatives course is something I hope to be mentioning much more in my next posts but don’t have anything to report yet. I’ve joined the course but had some difficulties logging in. More discussion on cooperatives coming soon.

So anyways, that’s my update on most of the things I’m working on and how life in Sudan is currently treating me. I’ll aim to start posting daily again.